The “story” of Purim is all described in Esther’s Scroll, which is part of the bible. The scroll was written by Mordechai HaYehudi, Esther’s uncle who had an important role to play in all that happened back then. 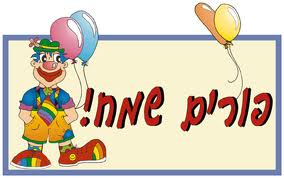 The facts about the scroll are not solidified. There are a lot of opinions about who wrote it, when exactly the story had happened, in what language was it written, etc. All these opinions were by Jewish Rabbis throughout the years and also by secular and non-Jewish researchers. According to the conventional Jewish tradition, the story takes place in Persia (Iran of today) and the time is the period after the first Temple was destroyed when the Jews were sent into exile by the Babylonians. The Babylonians were later occupied by the Persians and the year then was approx. 368 BC.

When we read the scroll today (in Hebrew), the fact that God’s name does not appear there even once stands out. Many of the Jewish commentaries discussed that and each of them had an explanation to offer. The one explanation I find very interesting is that this is due to the fact that Mordechai and Esther wrote the scroll as an historical documentation for King Achashverosh and they could not have included God’s name so he will not be angry at them. Therefore, according to those commentaries who follow this assumption (based on the scriptures), the presence of God is hinted in the little things. For example, they offer that whenever the word:

appeared, the meaning is for the King of Kings; God.

Also, the name of the scroll is named after Esther: אֶסְתֵּר

They say that this could also be read as Hesther: הֶסְתֵּר  which means: “hiding” in Hebrew; As if God was hiding Himself on purpose and acted behind the scenes of everything.

This way or another, the holiday of Purim is observed for thousands of years by the Jews. The customs of the holiday is by wearing costumes (because of how everything turned out the opposite of how our enemies planned), a feast, giving charity to the poor ones, and presents to one another.n